In 1956, when President Nasser announced the nationalisation of the Suez Canal, the statue of Ferdinand de Lesseps, the French master-mind behind the canal, was toppled from its pedestal in Port Said at the entrance of the canal. The plinth remained empty until 2011, when, after the revolution an Egyptian Flag was planted on it. Meanwhile in a restaurant nearby, all the pictures adorning the walls show the statue of de Lesseps, opening up a dialogue between nostalgia, liberation and nationalism. 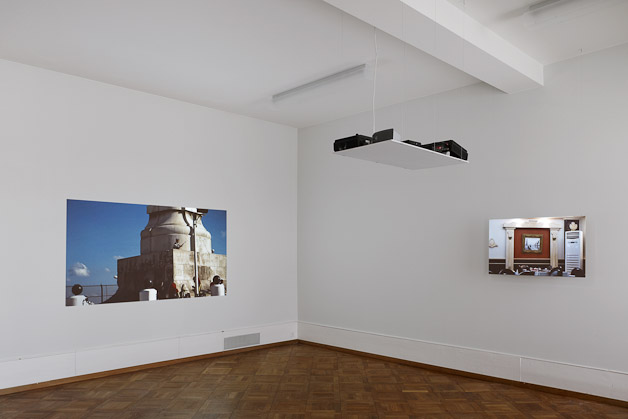