“By privileging the linguistic over the visual, a subversive archive is built up which substitutes the traditional objects of the museum archive – the physical artefacts – for their verbal descriptions which unintentionally (on the part of the authors) catalogue the racist and colonial narratives that surround the Benin Bronzes into the present. Fixed and frozen by the printing process, these texts are produced from linguistic negative casts in the form of the metal engraving plates which, quite literally, set into relief the darker, historical context and frame for the museum collections.” 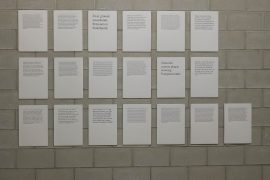 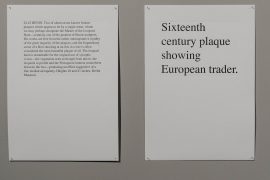 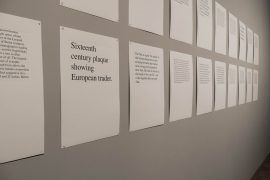 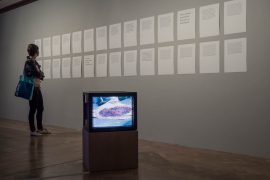 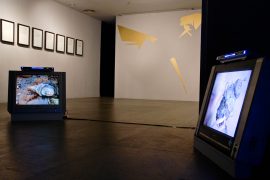 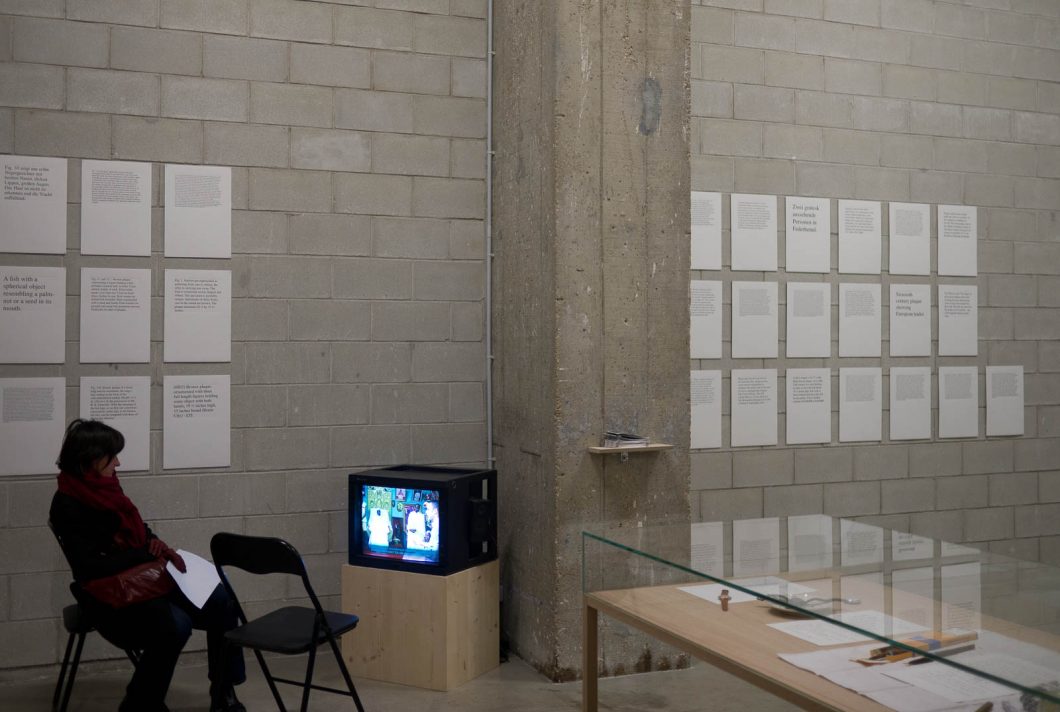 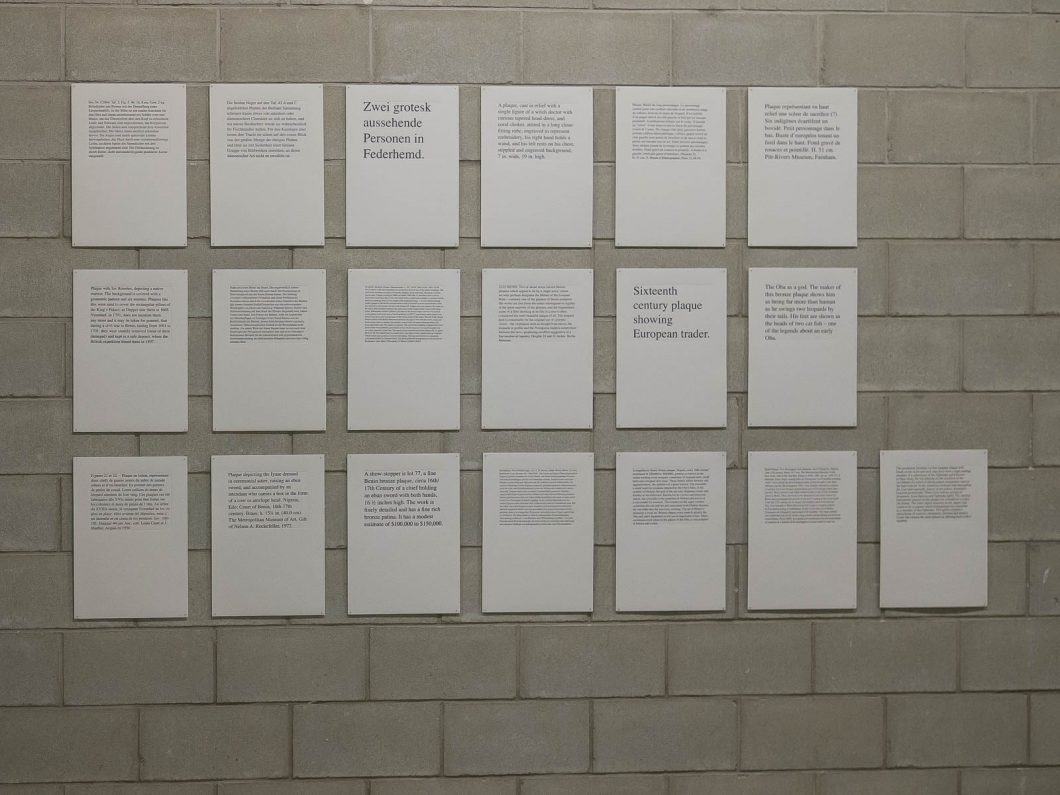 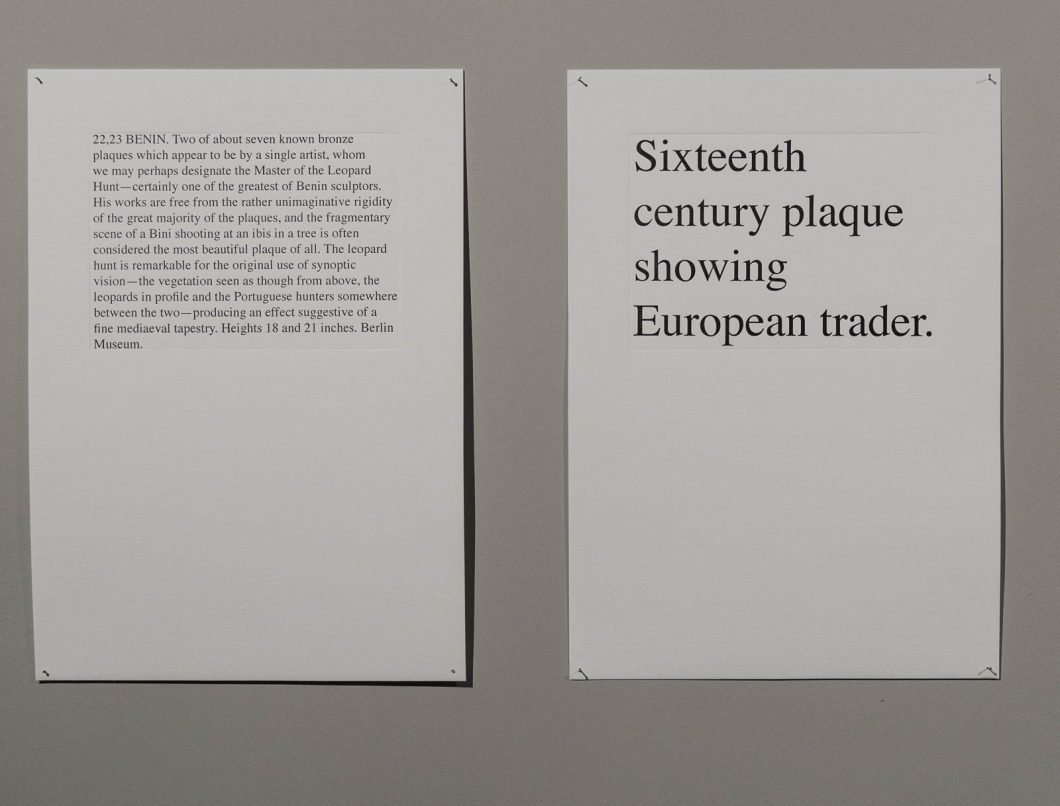 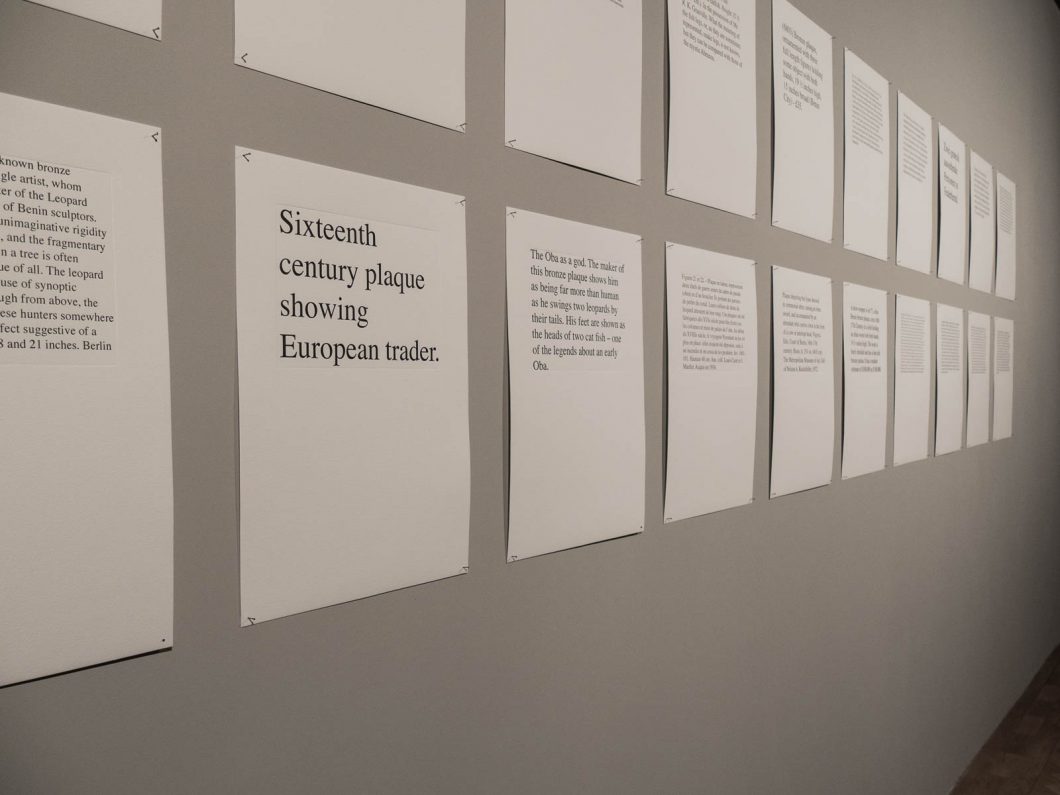 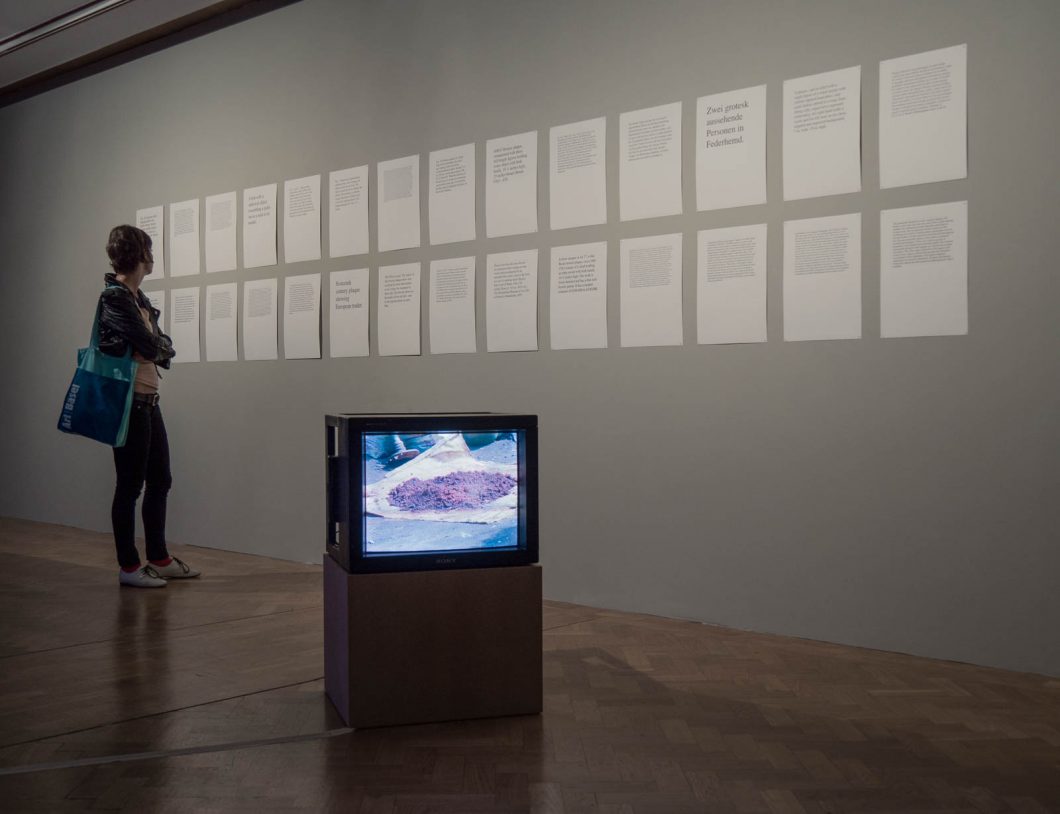 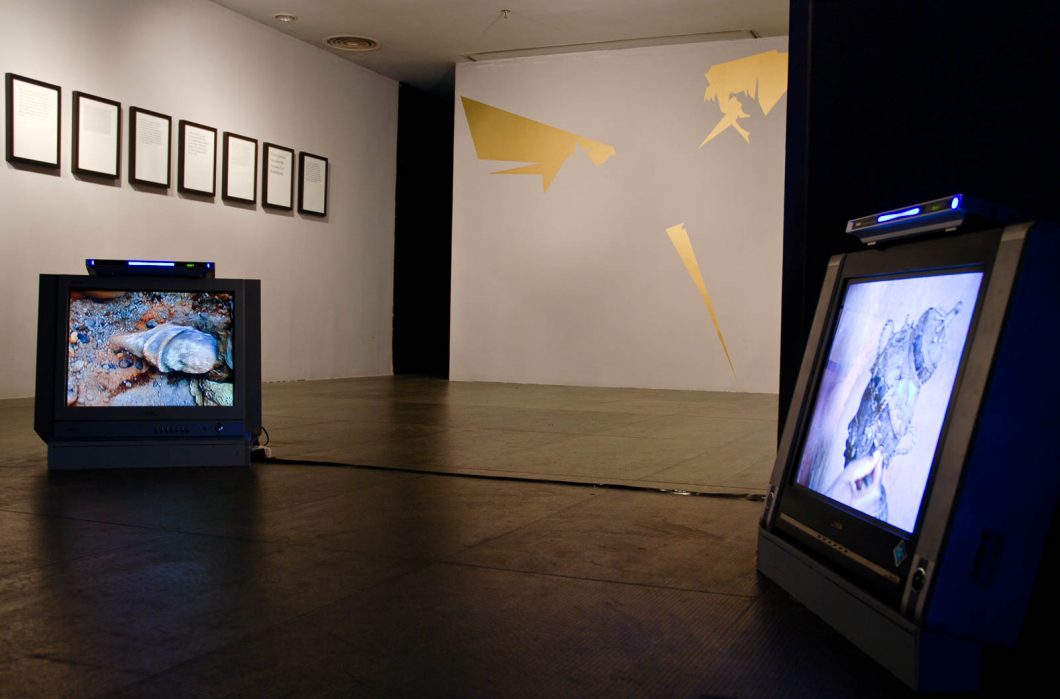