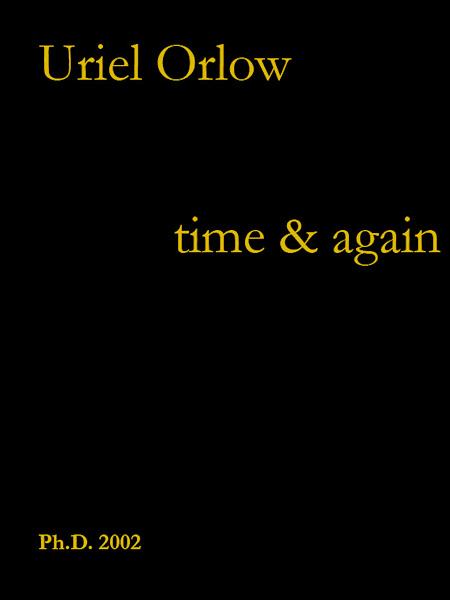 The thesis is an investigation into the critical power of a work of art. This critical power is seen to be produced by paradoxes which are particular to it and which have the potential to infiltrate theoretical debates in the form of contradictions. The thesis takes the form of a case study of Chris Marker’s 1962 film La Jetée. The main concern in the consideration of La Jetée is its critical relation to conceptions of time in different discursive contexts.

More specifically, La Jetée’s criticality is attributed to two particular paradoxes which are examined in two separate yet related parts of the thesis. Both parts are divided into three chapters which deal with the same paradox but under the aegis of different theoretical frameworks. In part one the paradoxical narrative scenario of the repetition of the protagonist’s death at the beginning and at the end of the film is related to narratological (chapter 1), psychoanalytical (chapter 2) and philosophical (chapter 3) conceptions of time and death; conceptions which are in turn destabilised by the economies of contradiction produced by the notions of haunting, trauma and eschatological ethics. Part two considers the paradoxical status of the image in La Jetée between photography and cinema. The examination of the contradicting photographic and cinematic medium-specificities and their attendant temporalities (chapter 4) leads to a consideration of the temporality of the image independent from its alleged medium (chapter 5) and eventually to a new conception of the notion of medium and its temporality on the basis of qualitative pictorial powers rather than in terms of a quantifiable status (chapter 6).