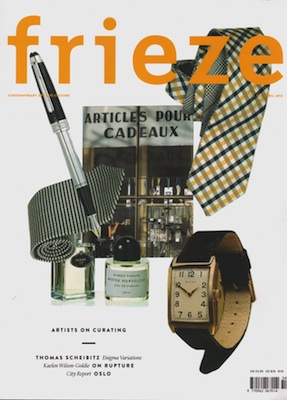 How artists and curators have responded to upheaval in the Arab world, from 1967 to the present day

By almost any measure, last summer was terrible in Alexandria. For much of its modern history, Egypt’s second-largest city had been a breezy seaside refuge and an escape for those who could afford the train or bus fare from the chaos and density of Cairo. But 18 months after the ousting of Hosni Mubarak, Egypt’s entrenched and autocratic president, the city was a wreck. The streets and public beaches were clogged with rubbish, unemployment anxiety, idle youth and festering anger. Many Cairenes who had vacationed in Alexandria as children, or who had retreated to the city in their adult lives for moments of rest and reprieve, were stunned to find it so agitated and on edge. In the sweltering heat and turbid humidity, amid cloying theories of conspiracy and counter-revolution, it felt like the place was about to explode. With the so-called Arab Spring lurching from euphoria to despair, it seemed pertinent to ask questions related to the writing of a very recent history. What had gone wrong? When had the movement for change in the most populous and politically pivotal country in the Arab world unravelled? What had caused the revolution to crack? And where was the break, the rupture, the tear in the narrative that had been so beautifully woven together on Tahrir Square?

To pose these questions to artists and curators may have seemed eccentric to members of the mainstream Arab media, where cultural production remains niche and a novelty – something wholly sidelined in times of crisis. Yet the answers were almost exactly the same as those of press-friendly pundits, political analysts and popular academics: the moment that darkened the mood of the revolution was surely the massacre in Port Said, when more than 70 football fans were killed, and over 1,000 injured, in a stadium riot that followed a match between the teams Al-Masry and Al-Ahly. The mayhem was allegedly provoked for political reasons – hardcore fans of Al-Ahly had been instrumental in the demonstrations on Tahrir and vocal in their disdain for the military – and the police were said to have stood by and done nothing. A year later, Port Said erupted in violence all over again when a local court handed down death sentences to the 21 fans of Al-Masry (the local team), holding them responsible for the loss of life. The police opened fire on a crowd of protestors, killing 30 people, and then opened fire again on their funeral procession, shooting at the families of those they had just gunned down. This threw Port Said into full revolt. The government declared a curfew, which was emphatically defied. Residents have now stated their audacious desire to secede from the country and declare themselves an independent state. As such, the massacre may soon be regarded not only as the rupture that mattered in the revolution but also as the first critical fracture, if Egypt now well and truly falls apart. But, what do such ruptures or fractures really mean? And how do they play out in and for the field of art, not as historical events or documentary subjects but rather as theoretical concepts influencing both curatorial thought and artistic practice?

Read the rest of the article online