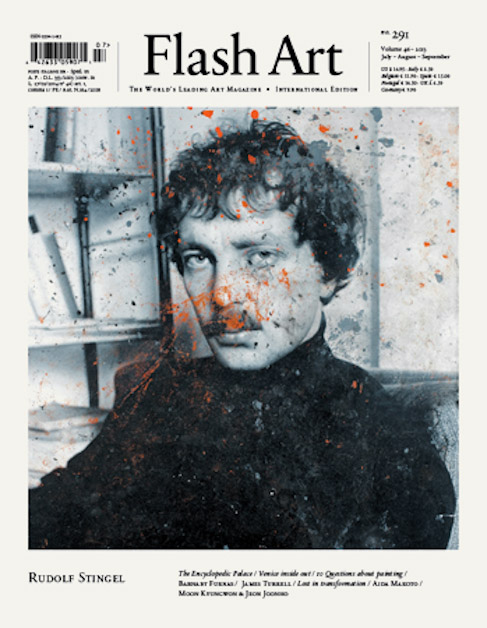 “I discovered that the earth was fragile and the sea light; I discovered that language and metaphor are not enough to provide a place for the place. The geographical part of History is stronger than the historical part of geography. Unable to find my place on earth, I tried to find it in History. And History cannot be reduced to a compensation for a lost geography.”
Did Swiss artist Uriel Orlow think of these words by poet Mahmoud Darwish, published in Palestine as Metaphor, when he faced the difficulty of narrating the story of Deir Yassin — a former Palestinian village on the edge of Jerusalem, raided by Israeli paramilitary forces in April 1948 — from a single viewpoint? Orlow is accustomed to wandering through what he calls “secondary places” of history. His multifaceted works often weave unsettling micro-narratives into the fabric of the dominant ones. Re-assembling fragments of the past into the present with a discreet agility, Orlow’s films, installations and books compose a travelogue in which different times and figures haunt each other and alter the memories of the visitor in turn.

In 1949, Deir Yassin, emptied from its inhabitants, most of whom where killed in the attack, was turned into a psychiatric hospital dedicated to sheltering survivors of the Holocaust. Still active today, the hospital and thus the site of the former village are inaccessible to outside visitors. The impossibility of experiencing this space and its multilayered traumas corresponds to the impossibility of telling its story — again evoking Darwish, who deplored that Palestinians were not only deprived from their land but also from their past. Without entering it physically, Uriel Orlow chooses to map out the contours of the site through a collection of works: location shoots, rehearsals, scripts, a musical score, the deeply moving audio recording of a fictive guided tour. All comprise an Unmade Film, a work that opens windows on possible histories where the subjective and the collective meet beyond a lost place.