The starting point of The Short and the Long of It is an extra-ordinary episode which has all but disappeared from official histories; namely, the failed passage of fourteen international cargo ships through the Suez Canal on 5 June 1967. Caught in the outbreak of the Six-Day War between Israel and Egypt, Jordan and Syria, the ships were only able to leave the canal in 1975 when it re-opened. While stranded for eight years, the cold-war political allegiances of the multi-national crews were dissolved and gave way to a form of communal survival and the establishment of a social system. This involved the organisation of their own olympic games in 1968, amongst other activities.

“While the focus of The Short and The Long of It is a real event, Orlow is more intent on permitting us glimpses than revealing the whole picture. Spilling evocative images and letting out the narrative like yards of rope, Orlow in turn leads and obscures our reading of carefully edited artefacts, images and texts, so that the momentum of our own curiosity dictates the extent of our fragmentary understanding. […] Orlow is careful to encourage broad historical, formal or theoretical inferences over specific politics, which the divergent range of media, formats and genres scatters further through its prismatic reflection of different timeframes.

A video interleaving vintage photographs and Super8 film shot by crew members with the artist’s own recent footage on location is paired with a series of text slides that names moments of particular relevance, general importance or personal interest from the eight years of the ships’ confinement. This three- way comparison of events, disembodied from the timeline of experience, creates a complication of concurrence, consequence and dissociation, giving rise to a sense that time is pleated, causality radiating and that this rippling expanse of saltwater somehow communicates diagonally through time.

The accompanying selection of found material sets up a similar dynamic field of information, where historical representation is ribboned through with facts, associations, symbolism and poetics. […] Whereas nostalgia articulates the weighty pain of partition from a personal past and historiography bundles it with cool rationality, Orlow’s open-handed presentation retrieves a history that is buoyant with the potential of the indeterminate.” 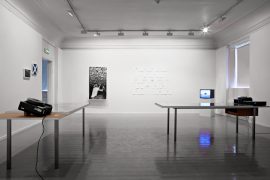 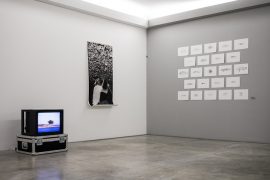 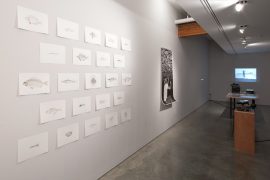 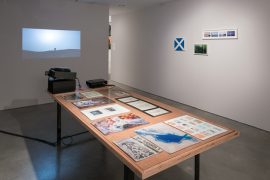 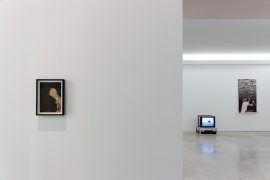 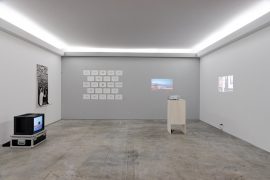 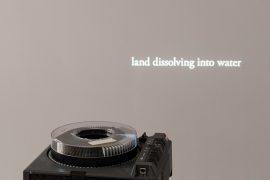 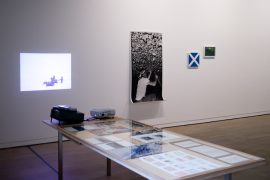 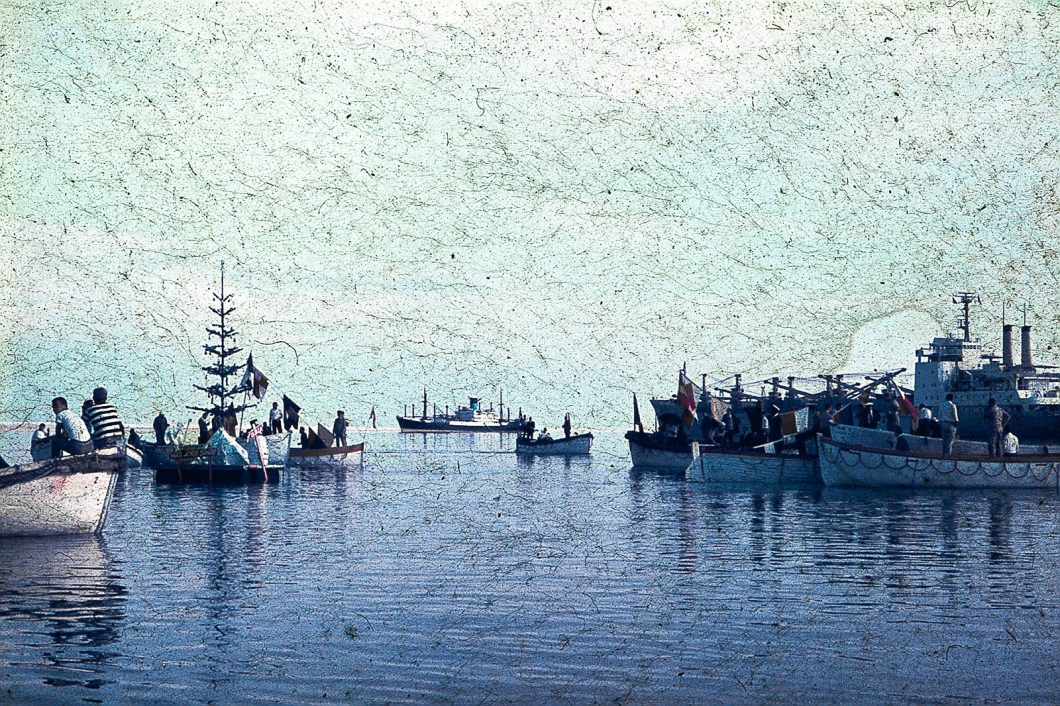 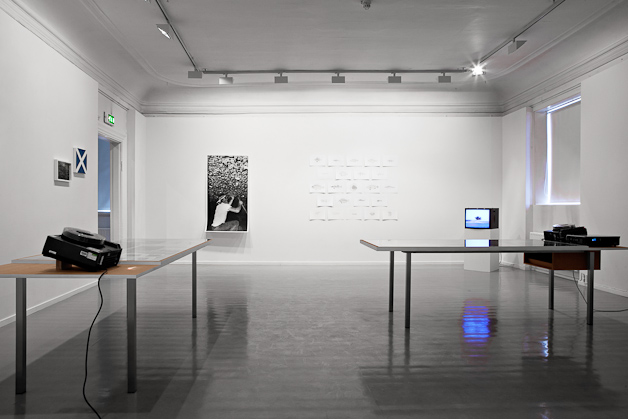 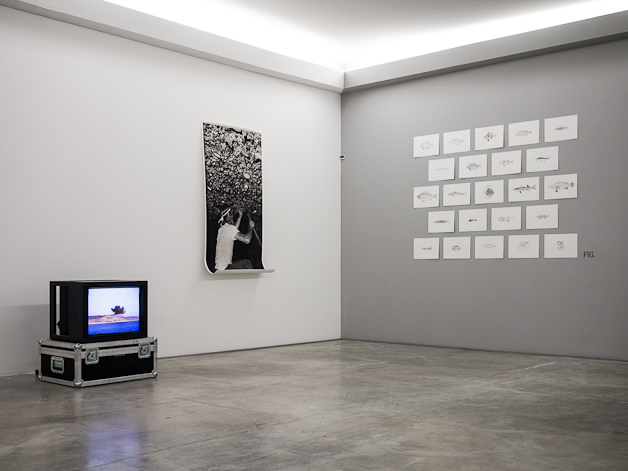 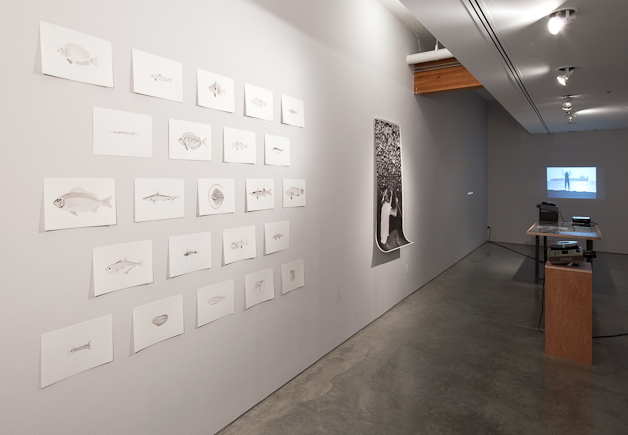 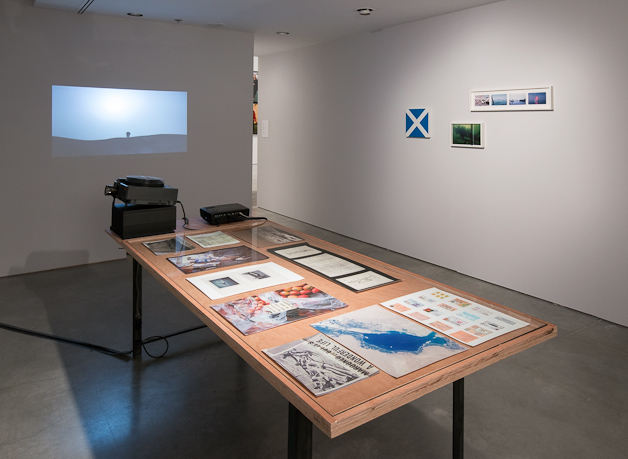 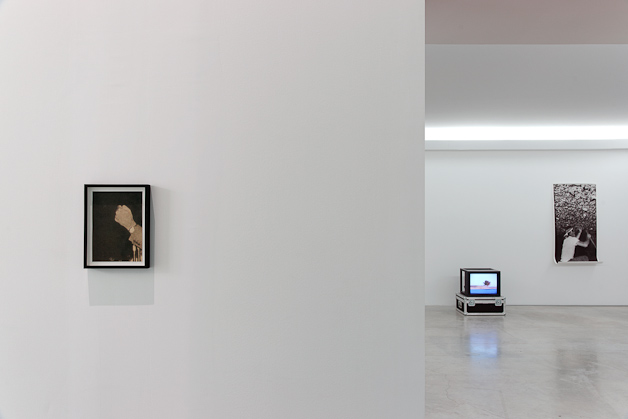 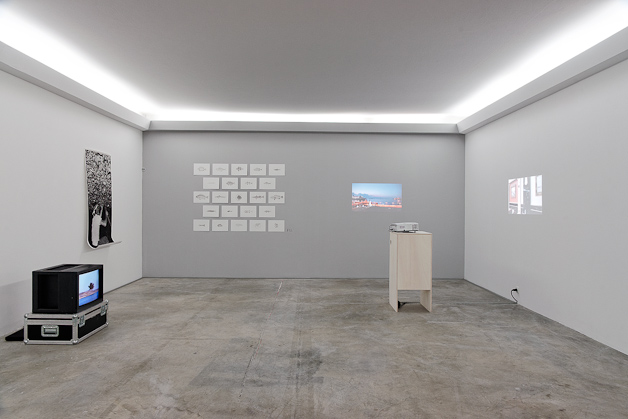 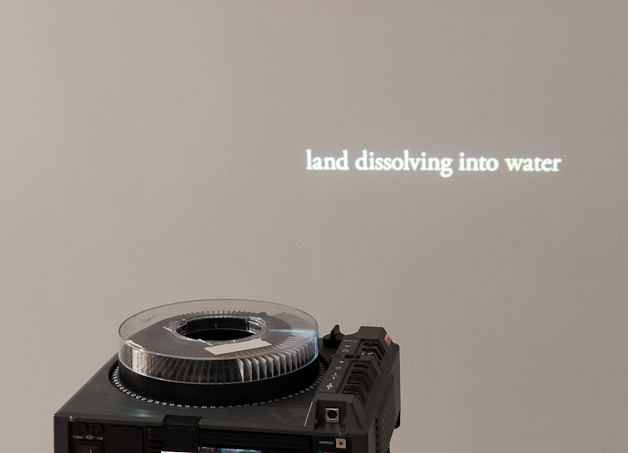 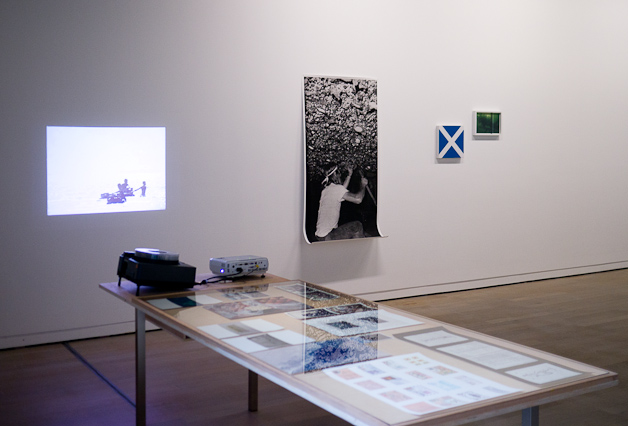