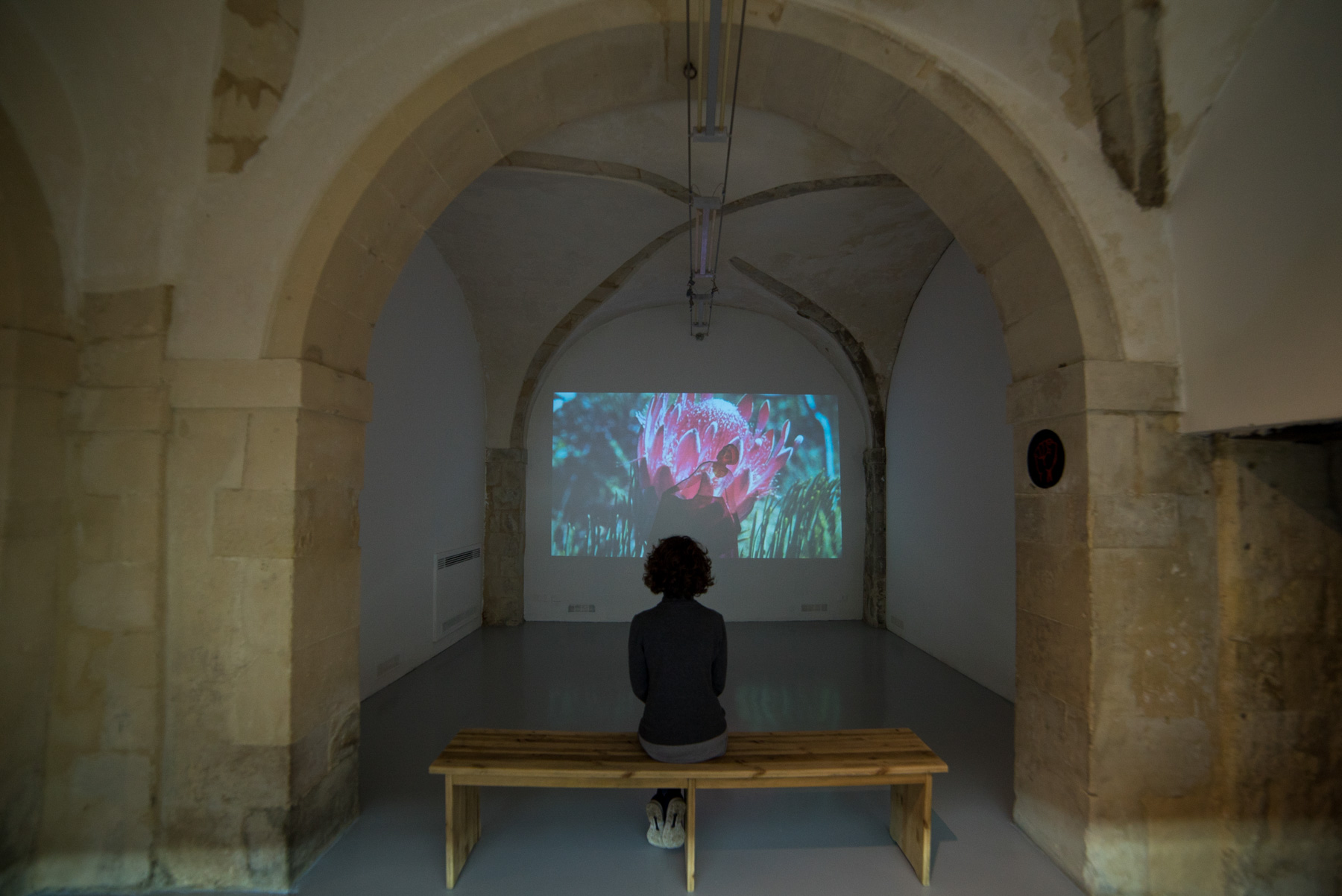 In this exhibition, Orlow’s interest in how colonialist categorisation expunges indigenous systems of knowledge and belonging, took him to South Africa. Here, he found that not only did the British and Dutch re-name indigenous plants and try to eradicate as dangerous the use of herbal remedies, they also imported 9000 different exotic plants, many of which choked local flora. Orlow’s extraordinary new body of work uses plants as a potent lens through which to explore the socio-political, economic and spiritual ramifications of colonialisation.

Orlow focuses on the important role of medicinal herbs or ‘muthi’ in South African culture, with 60% of the population consulting a healer, who can choose from over 3000 plant species. With European pharmaceuticals exploiting the market for ’natural’ cures, a new front has opened in the contest of who owns what the land grows, has always grown. In ‘What Plants Were Called Before They Had A Name’ (2015-ongoing), male, female and collective voices recite the names of native plants in ten African languages, from isiZulu and SePedi to isiXhosa and Khoi, which had no legitimacy under a Latin taxonomy. ‘Language relates to politics,’ says Orlow, ‘and plant classification can be a form of epistemic violence’ In this sense, the surround sound audio piece acts as a restorative and moving oral dictionary.

‘Echoes’ (2017) is a series of photographs of dried brown sap stains on protective paper from botanical repositories in South African herbaria which date back to the colonial era of exploration. The tracings tell nothing of the traditional names or uses of the plants and highlight the imposition of a one-dimensional classification system that was revered as objective and unrivalled. It’s difficult to look at these frail residues, which contrast the tending delicacy of the botanists working amidst the cruel and murderous savagery of apartheid and colonialism before.

‘The Fairest Heritage’ (2016-17), poignantly intercepts a version of history. During his research, Orlow discovered a film made in 1963 to celebrate the 50th anniversary of Kirstenbosch, the national botanical gardens of South Africa. Only three years after the Sharpeville Massacre and a year before Mandela’s incarceration for life on Robben Island, fifty international botanists toured South Africa, in a whites-only garden party. Orlow invited an African actor, Lindiwe Matshikiza, to interact with the projected images, delivering an elegantly silent addendum to the past, when the trade in exotic flowers evaded the boycott of South African goods till the late 1980s.

In this show, Orlow continues and develops his sensitive and pertinent re-working of histories, staging old documents in new settings, giving voice to those who have been muted to reconsider how agency can be re-enforced by art.

On 31. March at 14:45 there will be a film screening followed by a conversation between Uriel Orlow and Gabi Scardi at Cinema Aurora, Modica.

The 5th edition of the Kochi-Muziris Biennale, In Our Veins Flow Ink and Fire, is curated by Singaporean artist Shubigi Rao and will bring together 80 artists and collectives with over 45 new commissions. Originally scheduled for December 2020 and postponed due to the pandemic, the event will be held across multiple venues in Fort Kochi and Ernakulam, in Kerala, India. 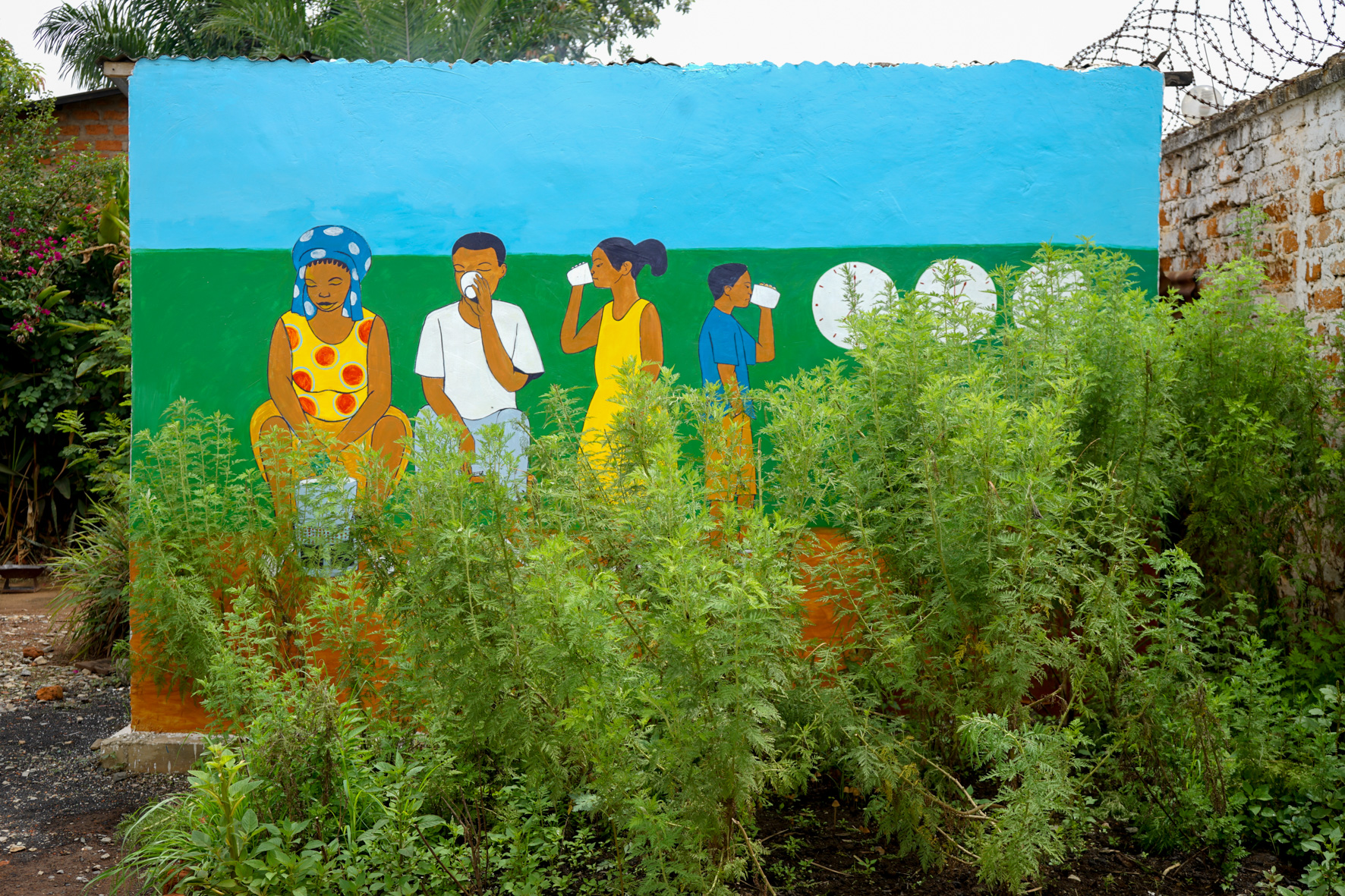 The first chapter of the series “Who Owns Nature?”, a research based curatorial project with three chapters at the Macalline Art Center. It seeks to re-examine our historical debt with “nature” and to explore a new non-linear cosmological model. This is an interdisciplinary and interdisciplinary project, in which we will work with different artists, scholars and cultural practitioners to create lively and serious sites on different issues. 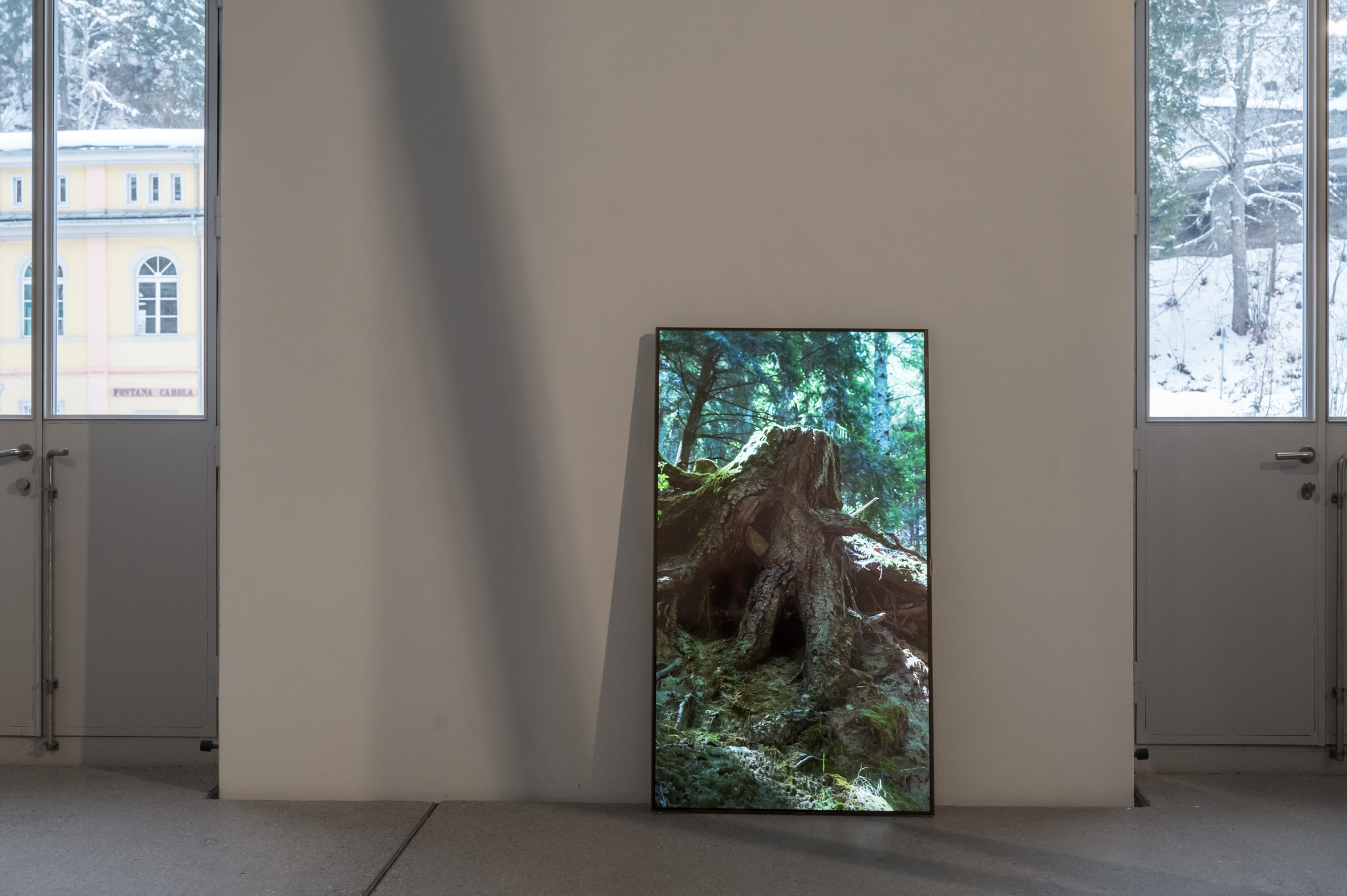 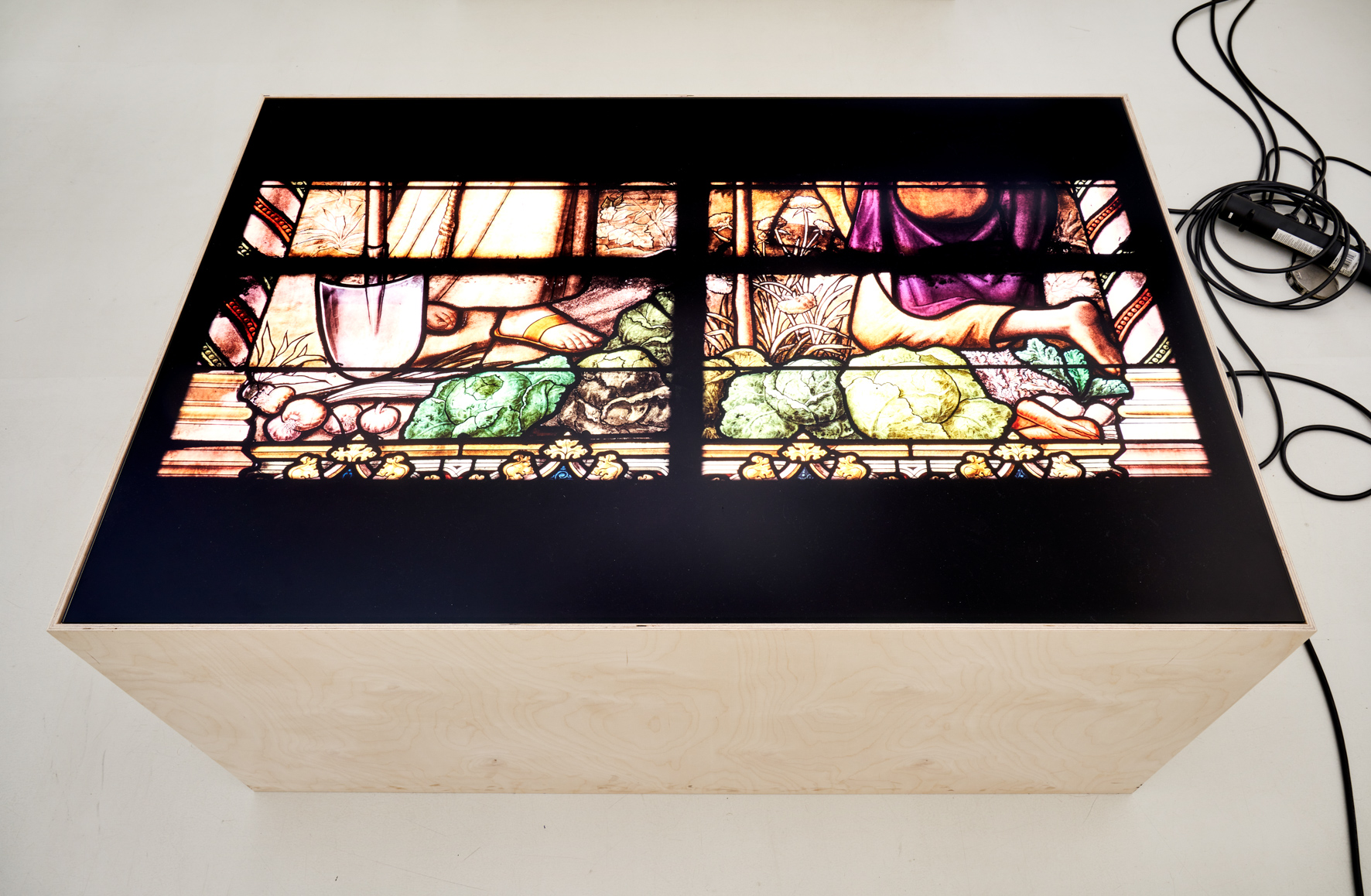 Critical Zones. Observatories for Earthly Politics was conceived and exhibited at ZKM Center for Art and Media Karlsruhe (2020–2022), based on a concept by Bruno Latour and Peter Weibel. For the Goethe-Institut South Asia, a traveling adaption of Critical Zones titled Critical Zones. In Search of a Common Ground is co-produced by the ZKM Karlsruhe and the Goethe-Institut/Max Mueller Bhavan Mumbai. It shows a selection of artistic positions and is complemented by further works from Indian and Sri Lankan artists. The South Asia tour of the exhibition begins in Mumbai, it will be exhibited in Colombo and Pune in 2022, followed by Kolkata, New Delhi and Bangalore in 2023. The exhibition and its activation program have been adapted for the local audiences in close dialogue between the curators, art mediators and the Goethe-Institut Mumbai. 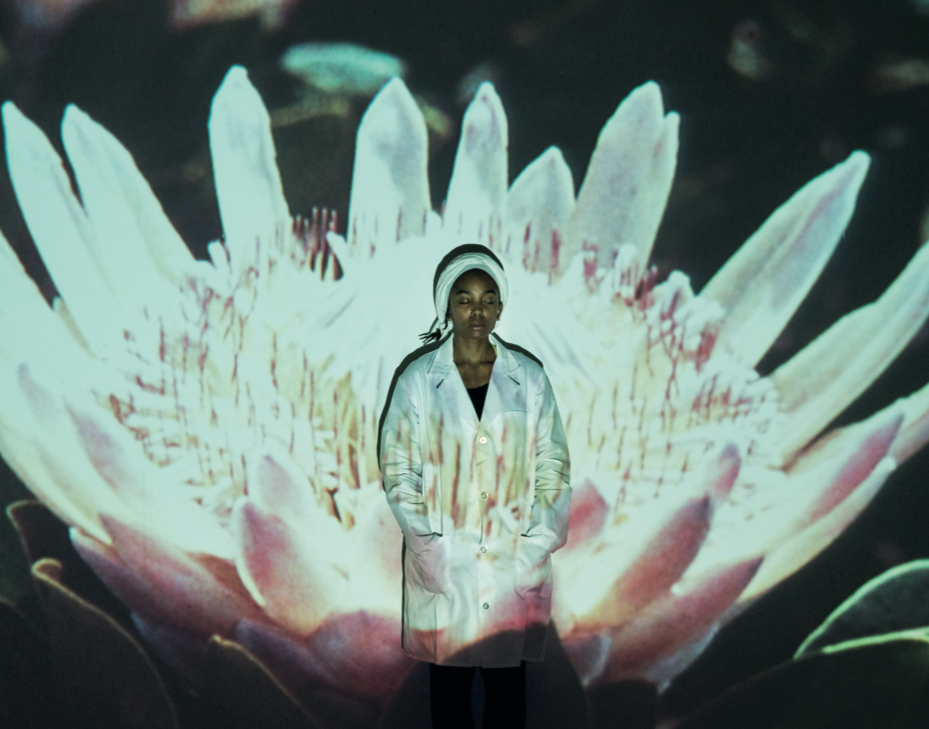 Becoming flower? At a time when ecosystems and climate breakthrough is leading us to rethink our relationship with nature and the living world, we can wonder what can we learn from flowers, from their resilience, from their constant adaptation to their environment, from their sobriety? Vulnerable and essential, they are an indispensable driving force of life: they produce the food that humans, animals and insects consume and the oxygen that we breathe. With scientific advances in plant intelligence and a new approach to life, our fascination for them is growing – far beyond mere aesthetic pleasure. Symbols of fragility and rebirth, they are becoming a particularly powerful indicator for lighting up current issues. Through the eyes of artists, “Becoming Flower” attempts to bring a new and a sensitive light on contemporary ecological, anthropological and geopolitical issues. The exhibition brings to light a botany of world history, as well as new forms of attention, sensitivity and thought. 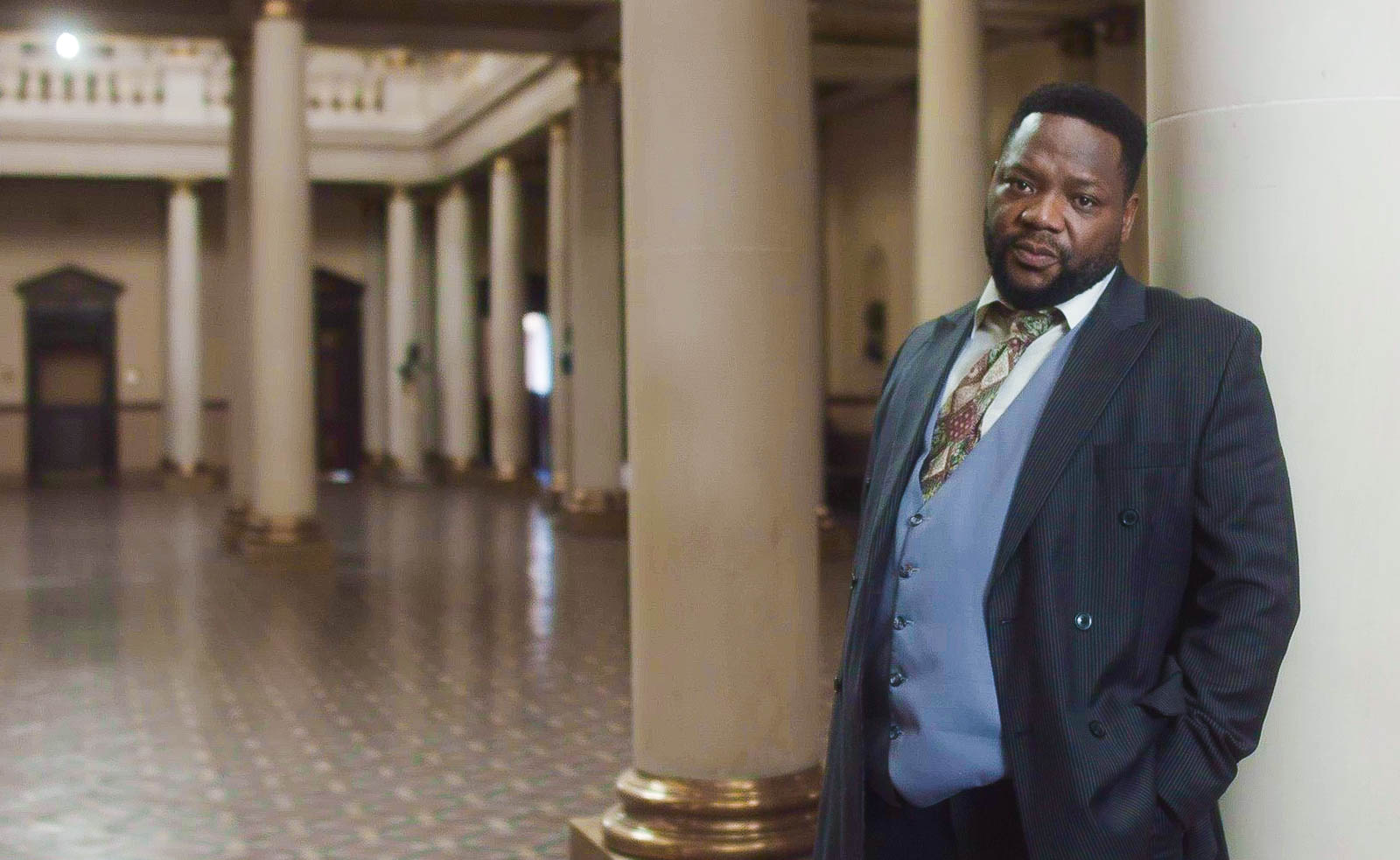 Screening of the film The Crown Against Mafavuke in Mascara Film Club, an intermittent artist-run film club which takes place in a bar in North-East London. It regularly screens artists’ moving image in more convivial contexts, “batting lashes to the rhythm of the unexpected, the seductive, the challenging, the political, the overlooked and the underseen”. Mascara Film Club is organised by Rufus Rock, Daisy Smith and Kasia Lukasik. 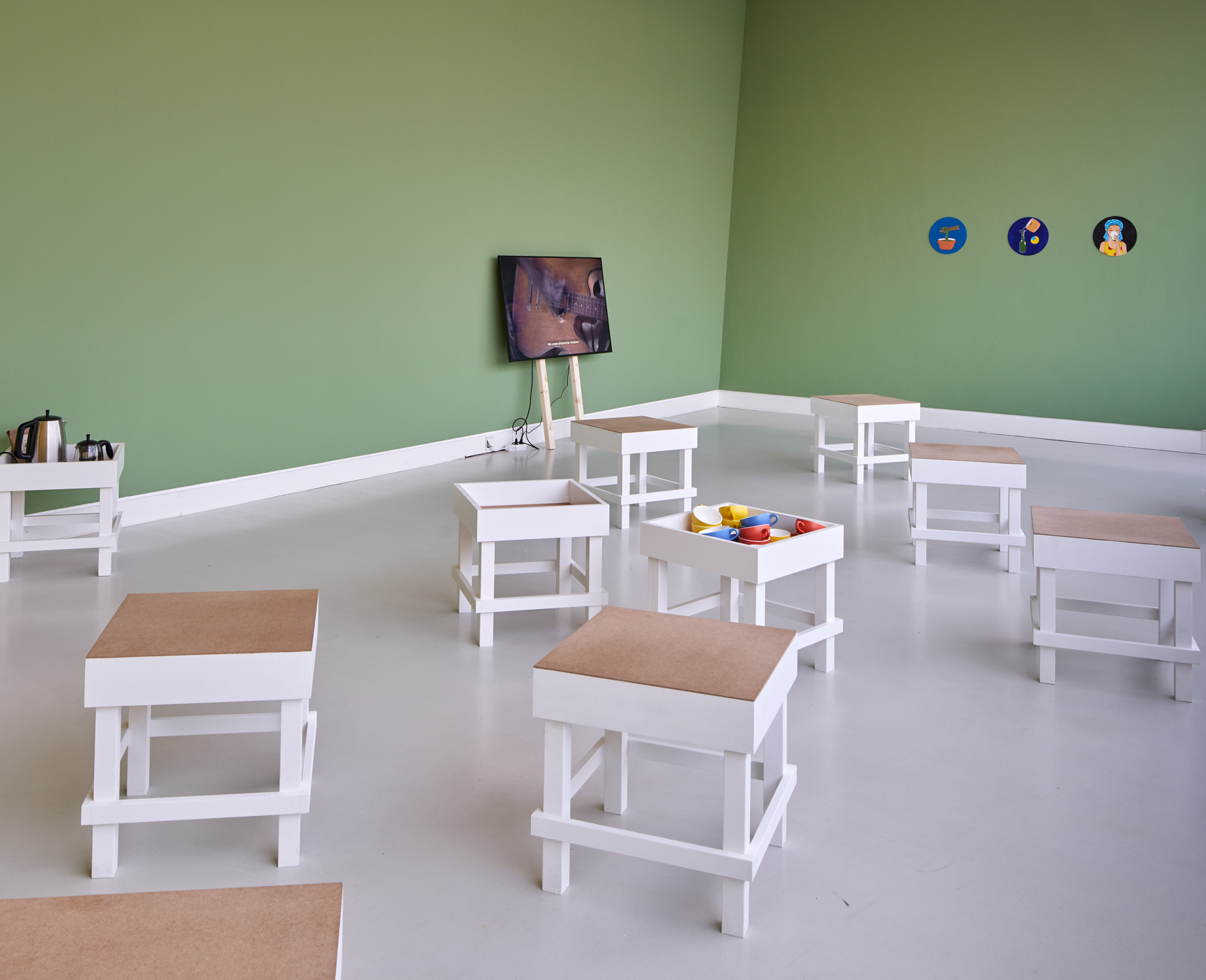 Held every five years to showcase the work of British artists who have made a significant contribution to international contemporary art, the ninth British Art Show (BAS9) is curated by Irene Aristizábal and Hammad Nasar and includes work by over 40 artists. In The Levinsky Gallery are exhibited works by Cooking Sections, Sean Edwards, GAIKA, Maeve Brennan, Grace Ndiritu, Katie Schwab and Abigail Reynolds. 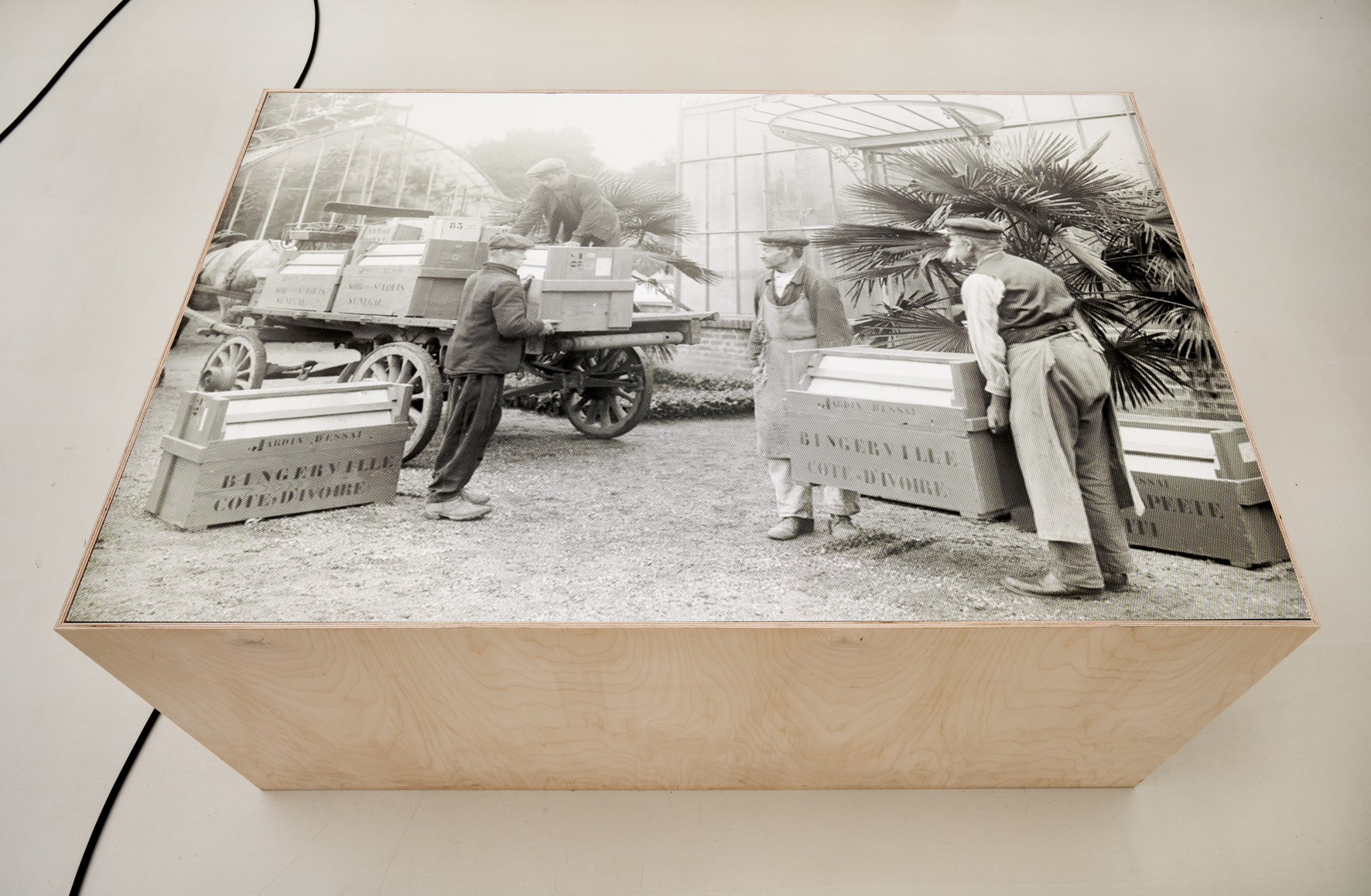 In the 1830s, East London doctor and amateur naturalist Dr. Nathaniel Bagshaw Ward invented a sealed glass case, an ecosphere in which plants could survive heavily polluted air. The Wardian case was soon being used for the transport of plants by sea around the world. From garden plants such as jasmine and rhododendrons to cash crops like bananas and tea, this simple invention transformed global economies and environments and shaped our world. Transports of Delight, will explore the impact of this simple but world-changing invention which links themes of colonialism, environment and the collection and display of plants associated with broader historical narratives.

The exhibition will feature around twenty artists from Britain and abroad with an accompanying publication. 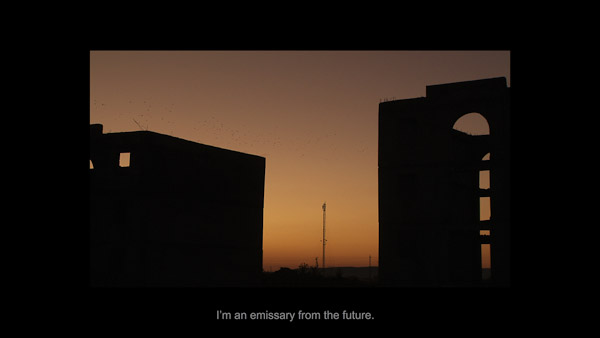 Screening of the film Remnants of the Future, by Uriel Orlow, in the second edition of Villa Medici Film Festival, from 14 to 18 September 2022. Created in 2021, the festival is dedicated to artists and film directors who explore contemporary practices of the moving image. Essays, fictions or documentaries: it shows films that invent their own form and offers a glimpse of the most contemporary filmic creation. 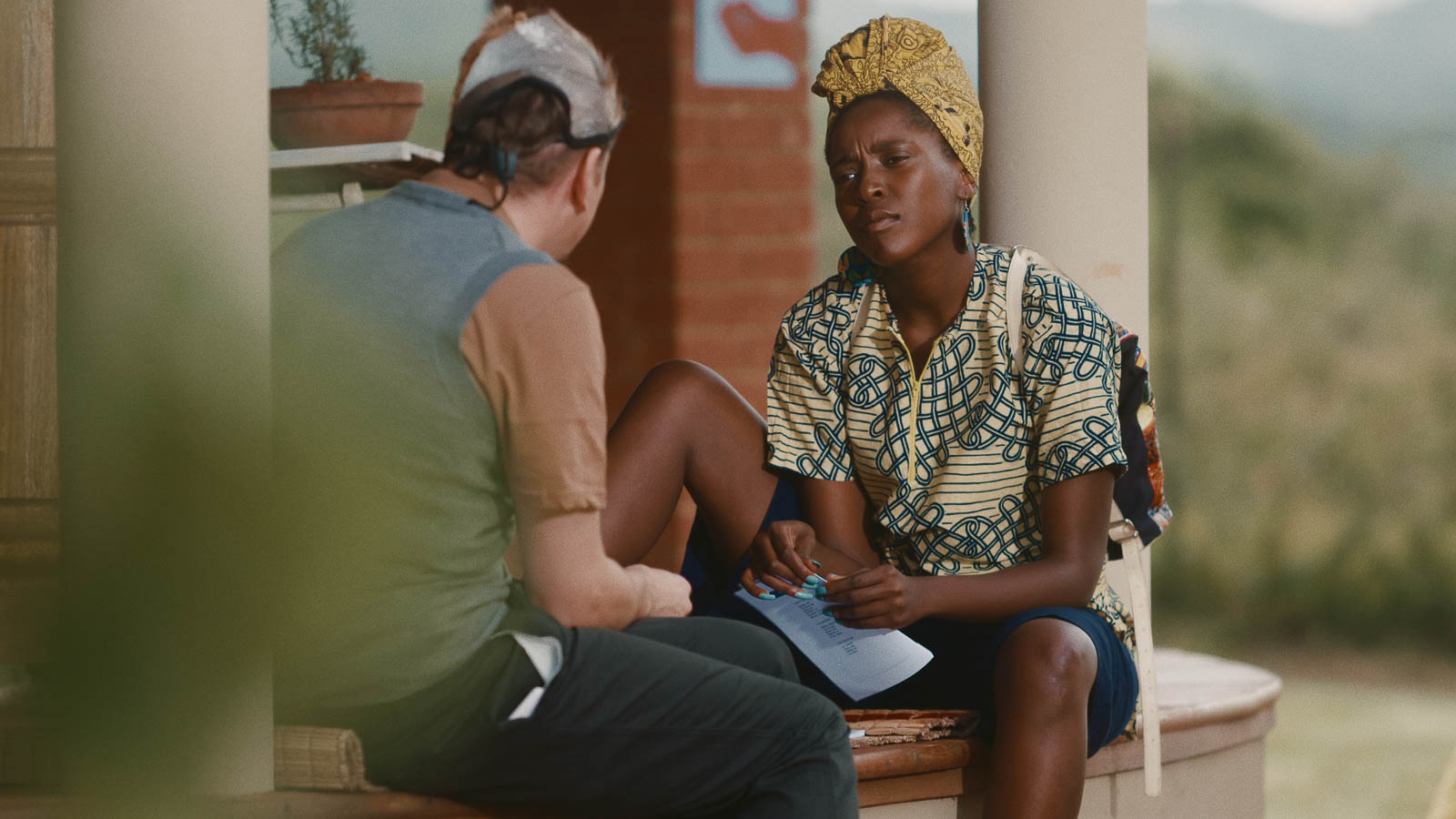 Screening of Theatrum Botanicum Trilogy by Uriel Orlow, including the films Imbizo Ka Mafavuke (2017, 28min), Muthi (2016-2017, 17min) and The crown against Mafavuke (2016, 18min), as part of a film programme that expands on the topics of the journey of seeds between the Svalbard Global Seed Vault and Lebanon, patent battles over traditional plant medicine in South Africa and the traces of colonial ambitions of explorers in the Natural History Museum Berlin. In the context of the three-day performative conference UNEXPECTED LESSONS #2, part of the festival Goethe Morph* Iceland at Nordic House in Reykjavik, September 13th – 15th, 2022.
Just like its predecessor event in Berlin and Nairobi, UNEXPECTED LESSONS #2 is dedicated to the theme of decolonization. This time we put a focus on nature, from different perspectives. What makes nature the other? What role does the decoupling of nature and culture play in this? Is the culture/nature dichotomy tenable at all? And how can we decolonize our view of the world and think nature differently?